His notoriety led to several national and international tours with performances in Mexico, Aruba, Punta Cana and Jamaica. In 2010, Blaq Ice created P.O.E.T RADIO, one of the 1st internet radio station dedicated to open mic poetry. The station has grown since it's creation, has shows Sunday through Friday and has become so popular that it has won multiple National Poetry Awards for best station and or show for poetry in the United States.

​The group began to gain local fame with performances at Homecomings, Prep Rallies, Black History programs, park districts and political functions. Other opportunities began to pour in such as performances for the late Mayor Harold Washington's Inauguration. L.O.D. realized that they could use their gift to make a difference in their community and became the commercial act for BADD MIX or Body and Drugs Don't Mix and No Dope Express. L.O.D. made history by being the first rap group to appear on the all new cable T.V. station, CAN TV channel 19. ​​

Blaq Ice was born Tyrone De'Andre Hawthorne in the early 70s in the Englewood neighborhood on Chicago's south side. At an early age Blaq Ice developed a love for arts and entertainment, often times showing his dance skills at family gatherings.

Dubceez Producer Of The Year Award 2019

​In 1990 he won the Chicago High School City-Wide Jamboree, crowning him the best high school rap artist in the city. Blaq Ice continued his Hip Hop career throughout the 1990's as creator and founder of P.O.E.T (People Of Extraordinary Talent) established in 1990, touring schools in the Chicago-land area with edu-tainment programs 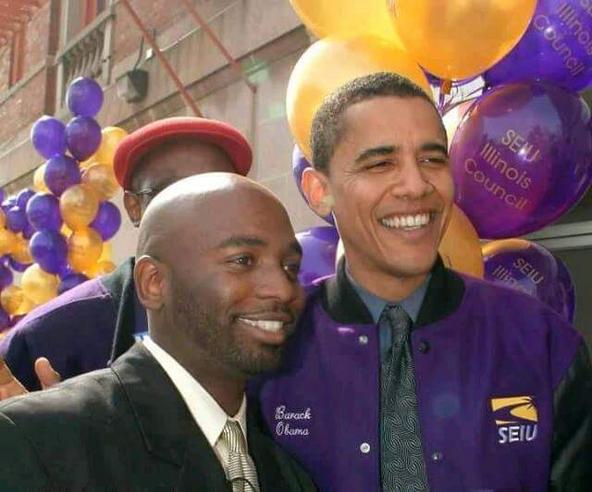 ​     ​  THE BIRTH OF ICE COLD
During his high school years, he began to establish his lyrical skills competing in historical lunchroom battles with members of C.O.D (Crew of Destruction).

His skills became so undeniable that people who heard him began to say that he was ice cold, which he soon adopted as a stage name. He later joined C.O.D., which later changed their name to the Legion of Doom, which was their way of describing themselves as untouchable and that no other rap group stood a chance against them.

The L.O.D. (Traxx, Pac Man, E.L. Radio, J.M.D. & Ice Cold) began to establish themselves as one of the best rap groups in Chicago. 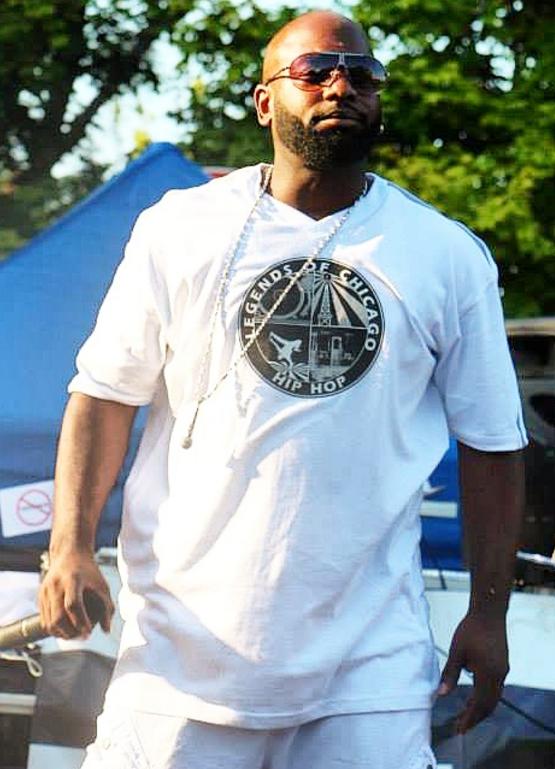 ARTIST THE BLAQ ICE HAS NAMED 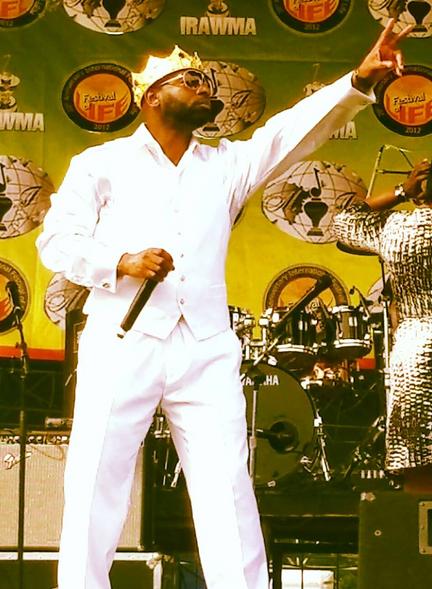 ​Relationship Talk / Battle Of The Sexes

Blaq Ice was the only poet selected to perform at Soul Train Impact's 45th Anniversary celebration of Soul Train.  In 2017-18, he featured in his 2nd feature film entitled Step Off The Block, a Will Adam's film, which deals with the every day life of young black men on the violent Chicago streets.  He also won his multiple Chicago Music Awards.

THE INTRODUCTION OF BLAQ ICE

In 2000, Blaq Ice saw the need for change in his community and ran for political office in the 17th Ward in the city of Chicago. He was the 1st Hip Hop artist to run political office in Chicago. His campaign slogan read, " Tradition has gotten us where we are, change will carry us into the future". 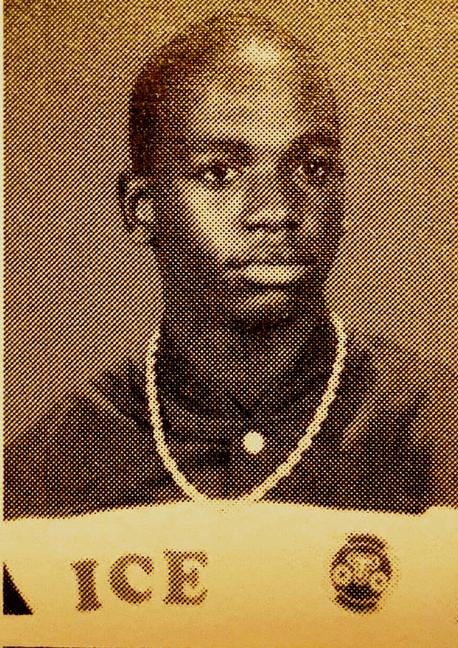 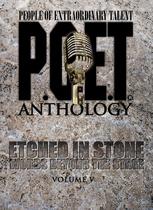 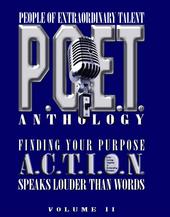 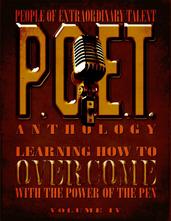 In 1993, Blaq Ice 1st child was born and he began to shift his focus to financial stability. He opened his 1st business, New Jack Jewelry, (jewelry store) in the Englewood Mall on 64th and Halsted in Chicago, in the same neighborhood in which he grew up in. The name New Jack Jewelry was inspired by the 1991 film, New Jack City, which inspired him to go into business. After the success of New Jack Jewelry, Blaq Ice began opening several other businesses such as record shops, beauty salons and clothing stores. His 2nd son was born in 1996 and he continued to thrive in business and tour schools with his P.O.E.T organization throughout the 90's. 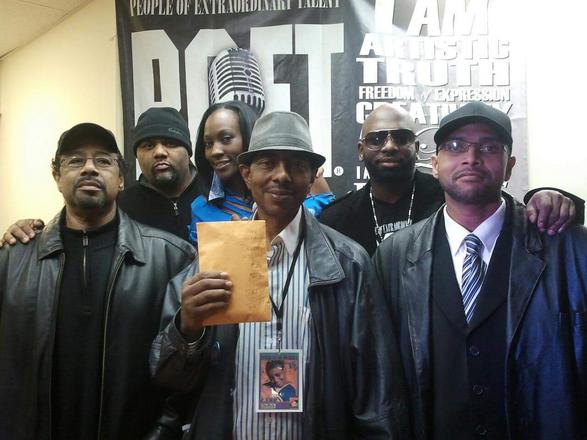 Today, Blaq Ice is a Husband, a Father of his remaining biological son Denzel and his adopted son Christian. He has excelled to being an international award winning spoken word life artist, touring in and out of the country, entertaining and inspiring thousands of fans and supporters. He continues to teach and lecture in schools and colleges in the United States. The P.O.E.T. organization now has chapters throughout the United States and membership in 3 countries. Thirty two albums/DVDs and several awards later, Blaq Ice has truly established his legacy in Chicago Hip Hop and American Spoken Word Poetry, establishing himself as one of the Kings of Poetry. 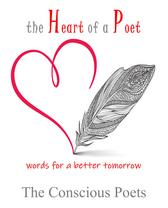 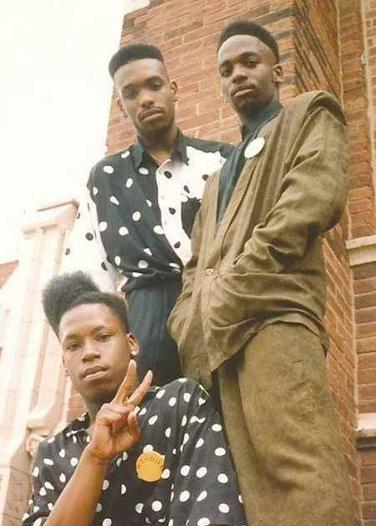 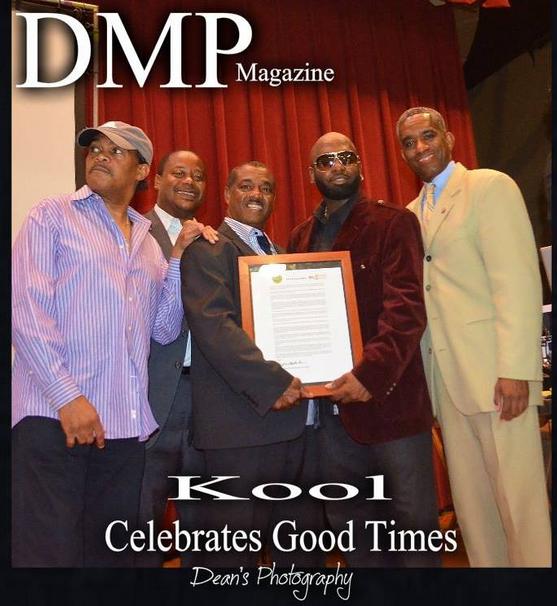 In 2009, he established the Tyrone Hawthorne Cancer Scholarship Foundation, a charity designed to reward graduating seniors at Urban Prep Academy, where his son attended, scholarships in the amount of $1000 to help with their expenses.

A couple of years later in 2002, Russell Simmon's Def Poetry Jam hit the airwaves and he discovered there was another poet using the same name so he changed the spelling of Black to Blaq and established Blaq Ice as his new stage name. In 2004 he was awarded the Spoken Word Award for Most Versatile Poet and from 2000-2008, Blaq Ice became one of the most successful open mic host, performer and promoter of Spoken Word in the Chicagoland area.

THE LIVING MIRACLE (EAST CHICAGO IN.) 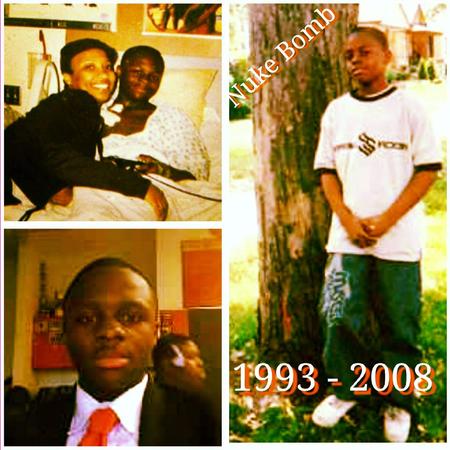 A LEGEND OF CHICAGO HIP HOP 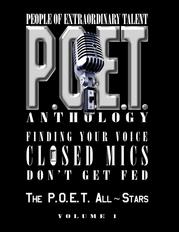 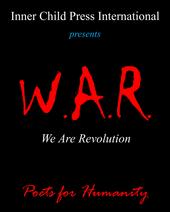 FROM TRAGEDY TO TRIUMPH 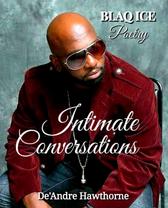 On September 3, 2008, Blaq Ice lost his eldest son to Osteosarcoma cancer at the age of 15, on his 2nd day of his Sophomore year at Urban Prep Academy in Chicago. This devastated him to the point where, he began to contemplated suicide. For years he would mourn the lost of his son, often shedding tears when performing on stage. Spoken word poetry and performing became his therapy and he recommitted himself to his activism work. 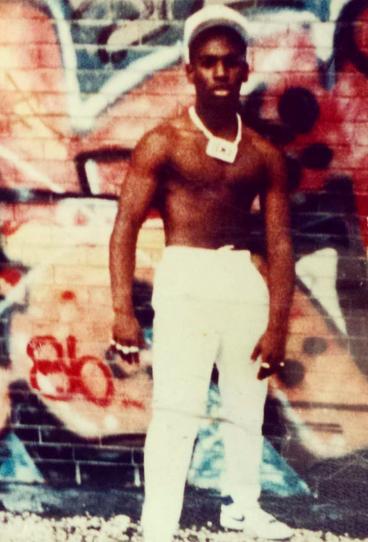 He was the 1st Hip Hop artist to run for political office in Chicago and gained city-wide notoriety as one of the youngest candidates to run for Alderman in the 17th ward or the city itself. After winning several debates, he came in 2nd, in what was a four person race to the incumbent Alderman. He would run again in the 2003 and 2007 Aldermanic elections and place 2nd in both. Although defeated, he understood that the real victory was getting involved, speaking out on the issues and being an example of an educated, loquacious young black man for the youth in his community to see. 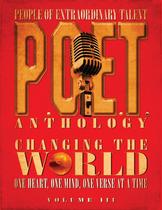 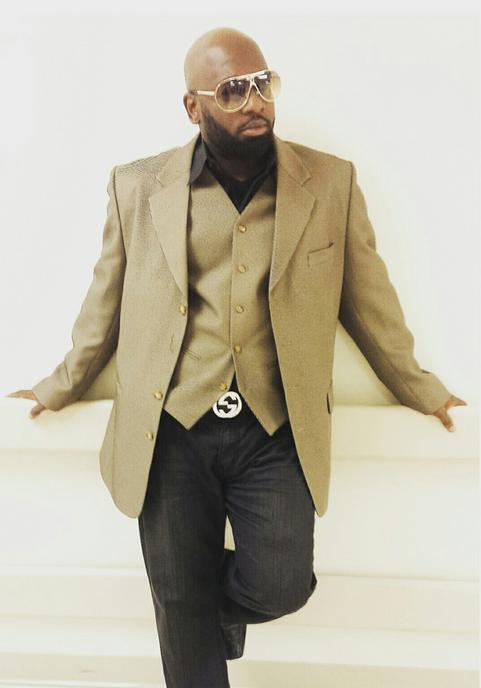 Blaq Ice worked hard on his stage performance, being the youngest member and knowing one day, the members of the group would graduate, being one year ahead of him, leaving him to pursue a solo career. In 1988, he changed his name to Ice Cold the Ultimate Warrior, adopting the name ultimate warrior from one of his favorite WWF wrestlers at that time.

Fire Keeper - Only One Thing

Word Warrior - Elements Of A Warrior

​Legends Of Chicago Hip Hop - Back 2 The Basics

​The Messenger - Faith Of A Mustard Seed 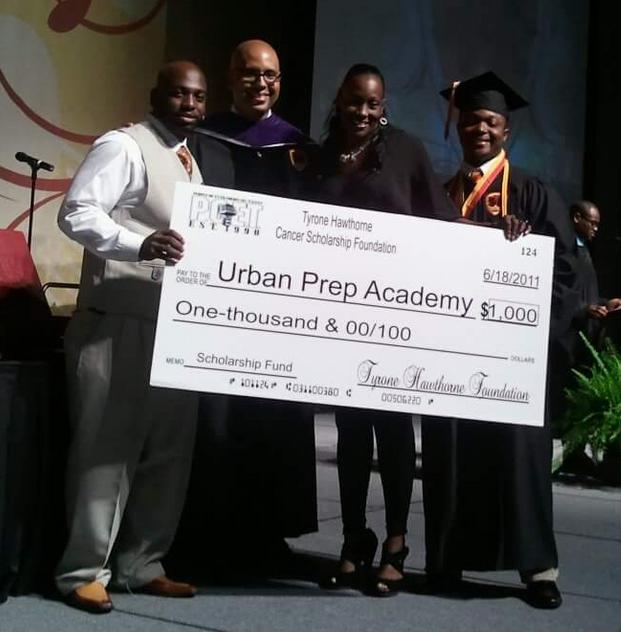 During his elementary school years, already a lover of the R & B groups of that time, he began entering talent shows, showcasing his entertainment skills. It was not until 1985 that he first fell in love with Hip Hop. After watching the movie Krush Groove and meeting a local Rap group, the M.O.C. Rappers (Top Dog, Double C & Baby Fresh), Blaq Ice began to pursue a new passion, Hip Hop.

In 2014, Blaq Ice became the 1st Spoken Word artist with Terror Records and helped to propel the label to become Record Label of the year at the Chicago Music Awards.  In June of 2015, the hosting skills of Blaq Ice began to reach national attention. He was asked to host, perform and handle the entertainment for the KOOL & THE GANG DAY TRIBUTE in Chicago. Blaq Ice took home another CHICAGO MUSIC AWARD in 2021, his 7th to date. 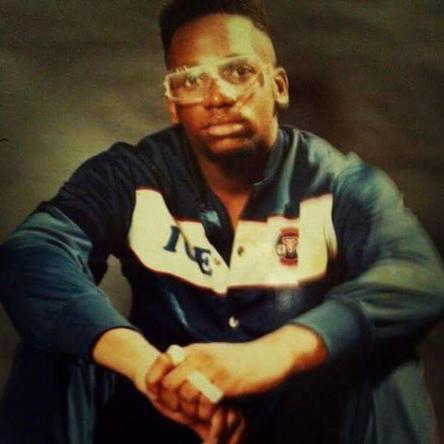 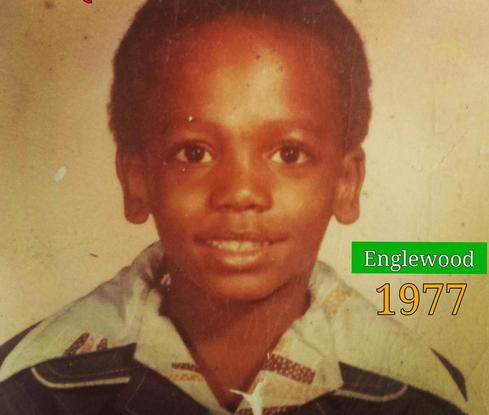 Blaq Ice began his solo career and acquired Darrell Wilson ( Sax Preacher ), a world renown saxophonist, as a manager in 1989, acquired 2 dancers, Knowledge & Wisdom and his solo career began to sky rocket. He began a Chicago park district tour, a Chicago Summer-fest tour and had his own section in the Back to School and Bud Billiken Parades. In 1989 he began to be played regularly on Chicago radio stations WHPK 88.5FM and WKKC 89.3FM. One of the highlights of his Hip Hop career came in 1989 as one of the opening acts for Hip Hop Legend Ice-T and backstage encounters with Hip Hop Legends, MC Lyte and Big Daddy Kane.

The foundation has also helped families of slain teens with burial expenses and has granted wishes to children who are victims of violence and/or stricken with disease. 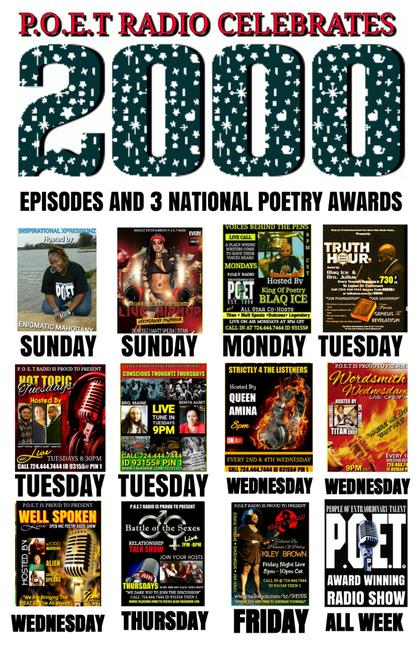 In 2009, a year after the loss of his son, Blaq Ice began to artistically create again. He created the Truth Hour Bible Radio Show co-hosted by Bro. Julius. Truth Hour is a show designed to educate listeners on the Bible. Their motto is, "If you can't read it, don't believe it". The show caught on like wildfire and gained listeners around the world. In 2010, Blaq Ice created the Kings and Queens of Poetry brand, designed to honor his fellow poets on the poetry scene and began to hit the heights of his spoken word career. In the year 2010, over 2,000 people supported his shows, crowning him one of the Kings of Poetry.

The 5 Elements Of Life 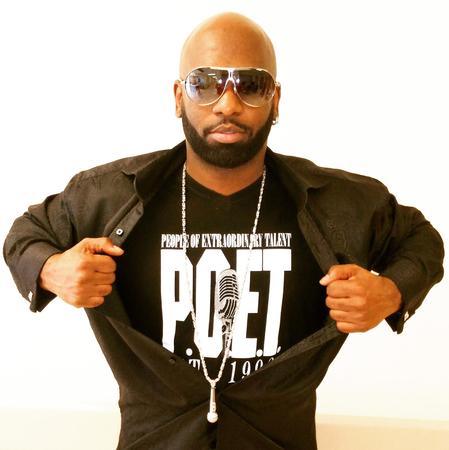 THE MAKINGS OF A KING 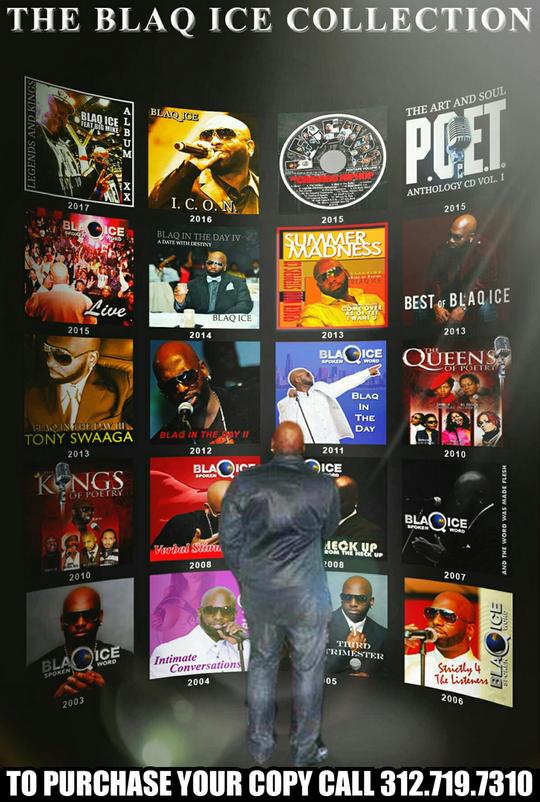 Once in a lifetime, society is blessed with a rare spirit that brings forth cultural change, sets new standards of greatness and serves as a sacrifice for future generations. BLAQ ICE IS ONE OF THE GREATEST SPOKEN WORD ENTERTAINERS OF HIS GENERATION. 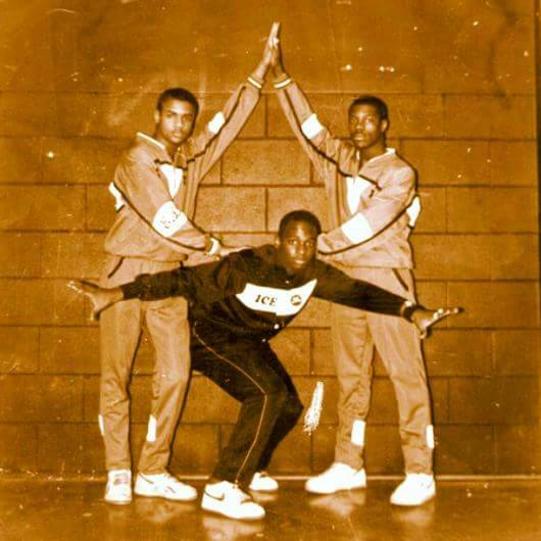 ​​​Blaq Ice is an American poet, international Spoken Word life artist, entertainer, lecturer, promoter, producer, host, published author, mentor and activist. The contributions of this amazing artist to American and Chicago spoken word poetry is truly Monumental. Blaq Ice founded  INTERNATIONAL SPOKEN WORD MONTH in September of 2013 (A Month celebrated world-wide, honoring performing poets), honored every year, in the month of September. Blaq Ice is a Legend in the Chicago's Hip Hop community and in activist who turns his words into action. Blaq Ice founded the National Spoken Word Awards in 2016. He was also instrumental in helping to get the historic street named changed in Chicago from Lake Shore Drive, to Jean Baptist DuSable Lake Shore Drive.Not only has he left an imprint in arts and entertainment but he has also left his footprint in communities all across America with his artist/activist movement, P.O.E.T, inspiring thousands of ordinary people to use their gifts to do extraordinary work in their communities. This is Blaq Ice